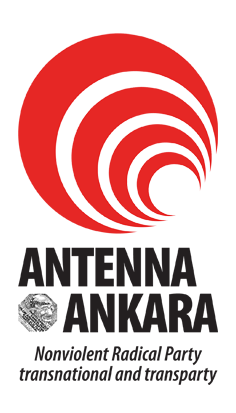 Nonviolent Radical Party transnational and transparty (PRNTT) Antenna Ankara is a free space for debate, information, communication and for political initiative committed to freedom. Antenna Ankara reaches changing movements in Turkey in order to amplify these signals and broadcasts information about ideas, proposals and political initiatives, international campaigns about individual freedom, human rights and rule of law. Antenna Ankara is committed to open the accession chapters actually blocked in the framework of Turkey accession to the European Union. The opening of new chapters could give a momentum in order to achieve full membership of Turkey in European Union.

Antenna Ankara is a public space. It is not just an on-line community but it also represents an actual place where people can discuss and debate about civil commitment and political initiative in order to remove obstacles that impede every human being to use their natural rights of freedom and democracy. You can be involved in Antenna Ankara participating in the on-line community but you can also join us in the places where we will periodically meet such as cafés or offices.

Every citizen who feels truly interested in this project could be active part of Antenna Ankara. You don’t need to formally subscribe to Ankara Antenna. If you want, feel free to donate money for our initiatives and activities.

You are obviously invited to subscribe to Nonviolent Radical Party transnational and transparty (PRNTT).

Radical Party 39th congress is supporting a federal vision about European Union, a widespread diffusion of human rights, democracy and rule of law in the Mediterranean area in the framework of a global foreign EU policy focused on Middle East and Asia as well.

Nowadays European Union could face new limits on digital liberty and human being freedom; EU could also face the dangerous degeneration of democracy toward a “real democracy” – as what happened in the socialist countries with the so called “real socialism”. 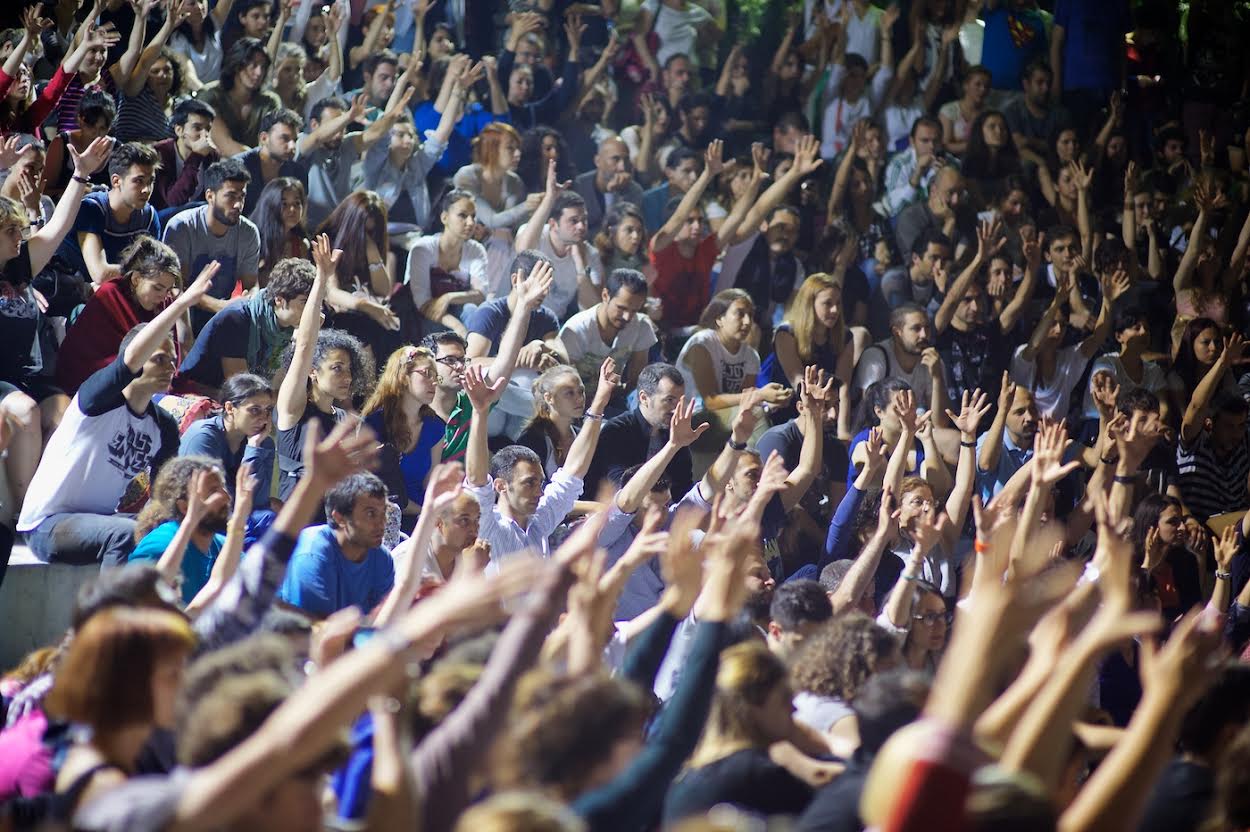 Radical Party is truly interested in Turkish political and social issues and it is also supporting Turkey accession process to European Union since its beginning in 1999 with proclamation of Turkey as an official candidate state to EU full membership. Radical Party firmly believes that Turkey in Europe would be the most relevant step toward an actual federal European Union as European community founding members have imagined in the framework of a global federalism inspired by the Kantian “perpetual peace”.

We are talking about a free Europe, a people’s Europe; an inclusive Europe based on diversity and variety in political, religious and cultural human expressions, something that we consider as the basis of our civilization. We believe that Turkey accession to European Union is a necessary step to make Europe a relevant actor in global politics.

We are aware and confident that Ankara made some relevant and important steps toward a more modern society and institutional State system, especially with political reforms fulfilled between 2002 and 2008. However, Turkey needs a new momentum in its reformist path in order to avoid a violent deviation and a serious authoritarian drift. On the other hand, European Union has to put aside old fashioned and regressive preconceptions about Turkey. 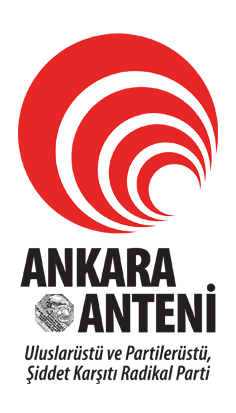 Europe should immediately open all blocked negotiations chapters and discuss a Turkey full membership roadmap with certain dates and times. Accession process to European Union is a fundamental in order to make Turkish society much more free. Considered all the polarizing tensions that are still dividing Turkish society, we believe that if Turkey won’t back on European Union its political reforms could be seriously weakened and damaged. We cannot deny that for too many years the accession process has been actually blocked by France, Germany and Cyprus vetoes.

We are launching a public campaign in order to encourage the European Parliament, the Council of the European Union and the European Commission to respect their commitments and to open, as soon as possible, all blocked negotiations chapters. European Union has an important dialogue instrument to offer to Ankara and to Turkish dynamic and young civil society: a crucial impulse to accession process.

We really need your active passionate participation and your personal commitment.

This is an open invite to join us. If you are a Turkish citizen or if you live in Turkey, if you are living elsewhere but you are interested in working with Europe, if you feel close to us or you are just curious about what we are doing, feel free to contact us, be active, take part in our meetings or discussions and start to be part of Antenna Ankara.

This is not an exclusive club for intellectuals. We are not a think-tank nor a group of old-fashioned federalists just complaining about our present time and celebrating a glorious past.

We are nonviolent and transnationalists radicals!