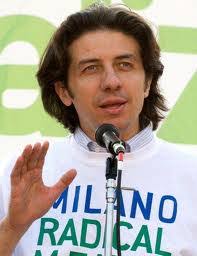 Milan has cut ties with its "twin city", St Petersburg, in protest at anti-gay laws in Russia.

The city council has approved a motion that ruled special relations between the two cities – in place for 45 years –would remain suspended until the law banning "homosexual propaganda" was revoked. From now on, neither the city council nor its Mayor will organise any cultural or other activities with the former Tsarist capital.

The motion, proposed by Marco Cappato of the Radical Party, was comfortably passed by the council's centre-left majority. Two right-wing groupings on the council, Silvio Berlusconi's PDL and the anti-immigrant Northern League, failed to support the motion.

The controversial Russian law, which came into effect in February, prohibits any action "aimed at propagandising sodomy, lesbianism, bisexuality and transgenderism among minors". Critics say it amounts to a homophobic, catch-all law allowing the authorities to persecute lesbians and gays. Mr Cappato said the legislation "violated the rights of gay and lesbian people".

Yuri Guiana, of the Italian Certain Rights campaign group, hailed the city's decision. "Milan is giving a tangible signal in favour of human rights and fundamental freedoms," he said.

But the parliamentarian responsible for the law, Vitaly Milonov of the United Russia party, was defiant. "There must be a lot of socialists in Milan city council," he told RIA Novosti news agency. "It's hard for many of our European colleagues to accept our law, as many of them are members of the gay lobby."

Human rights campaigners in Russia say the crackdown on gay rights is part of the wider move by the government to promote "traditional values", in line with the demands of the ultra-conservative Russian Orthodox Church.