A United Nations commission voted to remove marijuana for medical use from a list of the most risky narcotics, such as heroin. 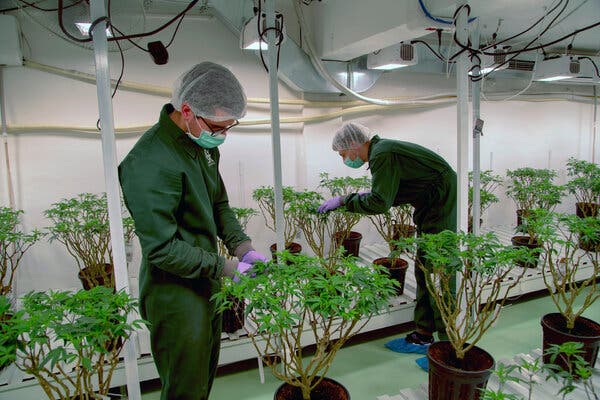 Tending crops at a marijuana plantation in North Macedonia.Credit...Loulou d'Aki for The New York Times

A United Nations commission voted on Wednesday to remove cannabis for medicinal purposes from a category of the world’s most dangerous drugs, a highly anticipated and long-delayed decision that could clear the way for an expansion of marijuana research and medical use.

The vote by the Commission for Narcotic Drugs, which is based in Vienna and includes 53 member states, considered a series of recommendations from the World Health Organization on reclassifying cannabis and its derivatives. But attention centered on a key recommendation to remove cannabis from Schedule IV of the 1961 Single Convention on Narcotic Drugs — where it was listed alongside dangerous and highly addictive opioids like heroin.

Experts say that the vote will have no immediate impact on loosening international controls because governments will still have jurisdiction over how to classify cannabis. But many countries look to global conventions for guidance, and United Nations recognition is a symbolic win for advocates of drug policy change who say that international law is out of date.

“This is a huge, historic victory for us, we couldn’t hope for more,” said Kenzi Riboulet-Zemouli, an independent researcher for drug policy who has closely monitored the vote and the position of member states. He said that cannabis had been used throughout history for medicinal purposes and that the decision on Wednesday reinstated that status.

The change will most likely bolster medical research and legalization efforts around the world.

The vote was a “big step forward,” recognizing the positive impact of cannabis on patients, said Dirk Heitepriem, a vice president at Canopy Growth, a Canadian cannabis company. “We hope this will empower more countries to create frameworks which allow patients in need to get access to treatment.”

Marijuana for medical use has exploded in recent years and products containing cannabis derivatives like cannabidiol or CBD, a nonintoxicating compound, have flooded the wellness industry. Cowen, an investment and financial services company, estimates that the CBD industry in the United States will be worth $16 billion by 2025.

Some research has suggested that CBD can protect the nervous system and provide relief from seizures, pain, anxiety and inflammation. The list of CBD-infused products — including creams, serums, soda water and juice — is also expanding rapidly.

The Interpreter: Original insights, commentary and discussions on the major news stories of the week.

The recommendations for changing the classification of marijuana were first made by the World Health Organization in 2019. But they were politically divisive, which led to unusual delays in the United Nations commission’s vote.

The reclassification passed 27 to 25, with an abstention from Ukraine. The United States and European nations were among those who voted in favor, while the likes of China, Egypt, Nigeria, Pakistan and Russia were opposed.

China’s delegate said that, despite the United Nations move, the country would strictly control cannabis “to protect from the harm and abuse.”

Britain’s delegate said that the reclassification was “in line with the scientific evidence of its therapeutic benefits” but that the country still strongly supported international controls for cannabis, adding that marijuana presented “serious public health risks.”

The differing messages underline the complexities behind the decision. “It’s been a diplomatic circus,” said Mr. Riboulet-Zemouli, who added that some countries initially opposed to the change, like France, had since switched their position.

Michael Krawitz, executive director for Veterans for Medical Cannabis Access, an advocacy group in the United States, said the change in international law would “help reduce the suffering millions of people” and could help mitigate reliance on opiates, noting that cannabis was an important medication that could provide unique pain relief.

Also on Wednesday, the commission rejected a proposal to include the cannabis derivative THC in the 1961 convention, which would have tightened some controls.

The overhaul of cannabis policy, particularly around legalization for medical use, has moved at a rapid pace over the last few years, said Jessica Steinberg, managing director at the Global C, an international cannabis consulting group. Industry insiders have expressed hope that the vote will open the field for more research into the therapeutic benefits of the drug.

But the impact on the American and European markets was driving the issue, Ms. Steinberg noted. In the United States, where more states legalized the use of medical and recreational marijuana in the recent election, the market for both of those is expected to expand to more than $34 billion by 2025, according to Cowen.

Before the vote this week and other decriminalization efforts, share prices of some cannabis companies jumped.

But aside from the financial boon it could provide for American and European marijuana markets, downgrading the dangers of cannabis may have the biggest impact on countries that have more conservative policies, such as many Caribbean and Asian nations.

“Something like this does not mean that legalization is just going to happen around the world,” Ms. Steinberg said. But “it could be a watershed moment.”

The Cannabis Industry
This Election, a Divided America Stands United on One Topic
Nov. 5, 2020 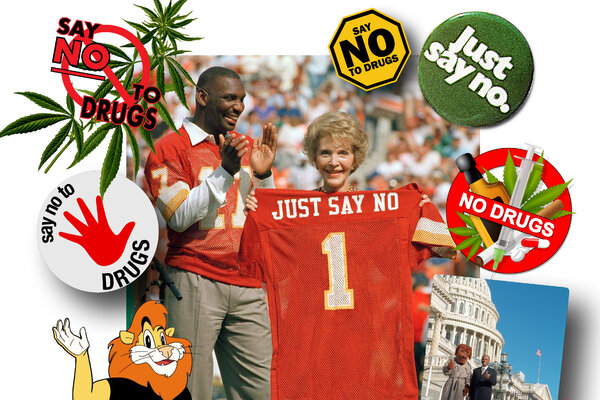 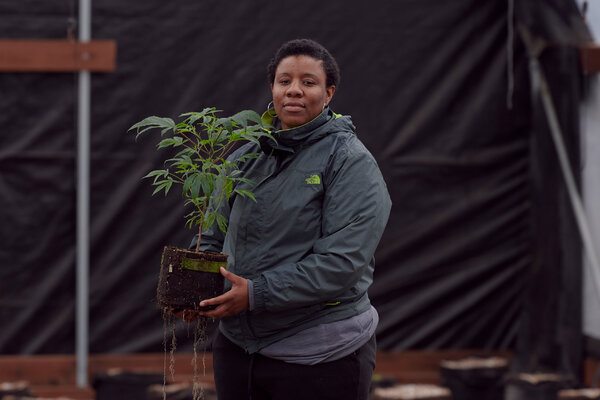 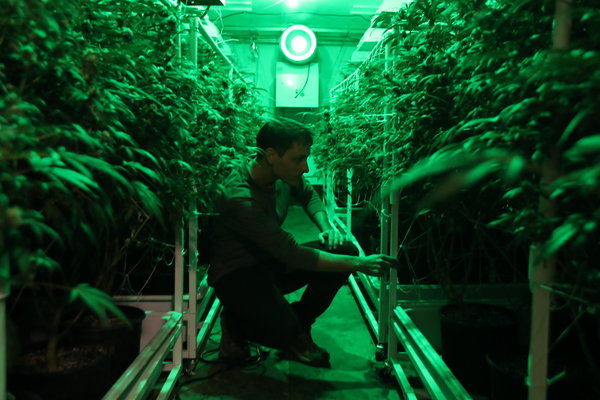 Isabella Kwai is a breaking news reporter in the London bureau. She joined The Times in 2017 as part of the Australia bureau. @bellakwai