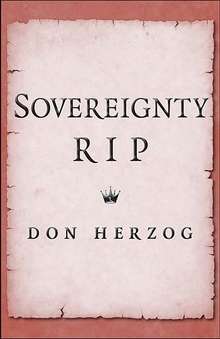 Sovereignty RIP? In his book, Don Herzog urges us to “bury” the concept of sovereignty. Since sovereignty has mutated, over the centuries, from the idea of an “unlimited, undivided, and unaccountable locus of authority” (at xi) to a concept of which we now think as limited, divided, and accountable, it has basically turned meaningless and should therefore be discarded. For fostering his argument, Herzog paints with broad strokes of the brush a picture of the concept’s historical evolution mainly focussing on the pertinent Anglo-American discourses. In this picture, he zooms in on cases where actors have continued to rely – at least implicitly – on the traditional understanding of sovereignty until today, in particular when criticizing international law and international institutions. He suggests to replace the notion sovereignty with “the concepts of state, jurisdiction, and authority” (at 261).

As a German international lawyer who is informed by legal debates of the 1990ies I am somewhat taken by surprise that such a ferocious renunciation of sovereignty still seems necessary. For long, many (European or German?) international lawyers seemed to have taken it for granted that sovereignty discourses had moved to the background. In terms of political and legal practices, the dynamic development of EU law and institutions had required to develop complex theories about multi-level governance and about how to conceive a supranational political and legal order where power is limited, divided, and made accountable on the regional, the national, and the supranational level. Such approaches made blunt concepts of sovereignty look out-dated and pushed calls for a post-sovereign world. Also more sober approaches in international law, such as the leading commentary on the UN Charter, could at least hold that “the sphere of domestic jurisdiction with respect to human rights has been significantly reduced for all States” and that “today, States rarely allege that the principle of sovereignty and domestic jurisdiction provide a shield against the dealing by the UN with systematic violations of human rights” (Nolte on Article 2 (7) in Simma 2012). That this perception was not only a European or just a German one is demonstrated in Herzog’s book itself. In his tour d’horizon, Herzog refers the reader to a quote from John Jackson who stated in a US Senate Committee in 1994:

“What is happening now, as I am sure you are aware, is an enormous rethinking of sovereignty generally, the whole concept of sovereignty. And in some ways the concept, certainly the older concept of several centuries ago just does not make sense in today’s world” (at 262).

On a more conceptual level, Koskenniemi (and others) had already analysed “the vocabulary of sovereignty” and addressed inconsistencies and theoretic shortcomings related to the concept. Koskenniemi found that the “judicial vocabulary … pushes sovereignty to the realm of the historical” but argued that sovereignty offers positive prospects as “describing the character of collective life as a project” and as an “obscure representative against disillusionment with global powers and expert rule.” (Koskenniemi 2011)

Against this backdrop, Herzog’s book reminds us to what extent the overall political climate in the international order has changed in recent years. It is telling that there is a need for a book which aims to do away with sovereignty talk in frank and plain language. Indeed, it almost seems trite by now to point out that in many parts of the world and across the political spectrum a ‘rehabilitation’ of sovereignty is on-going. In analysing these apparently similar calls for a “return” to sovereignty one should take note of Don Herzog’s observation that “a commitment to indivisible sovereignty gets in the way of seeing the world clearly” (at 162). Indeed, in many respects sovereignty is more of a blunt political term – a politischer Kampfbegriff (term of political struggle) which is currently often reduced to primarily circumscribing identity claims – than a core substantive legal concept or argument.

Take the example of “disputes about ‘supranational’ government – the League of Nations, the United Nations and the European Union” to which Herzog refers the reader by stating that “here too the view that sovereignty must be indivisible confuses matters and polarizes debates.” “But” as Herzog argues “there is no reason to conjure up an all or nothing choice.” (at 147). Indeed, the equation of the EU and the UN in political rhetoric is fostered by sovereignty talk which ignores the legal details. However, from the perspective of the German constitution, for example, there is a clear legal difference between membership in the UN and membership in the EU. Membership in the UN and its collective security system is based on a consent to limitations upon Germany’s sovereign powers while membership in the EU entails a transfer of these powers. In the latter case, the German constitution allows to open up the national legal system for the direct effect of EU law and scales back its own exclusive claim to control. Thereby, the constitution allows for EU law to be accorded priority of application over national law. Thus, the legal effects of membership in the EU reach much further than the effects of membership in the UN and there are significant differences in the applicable procedures for transferring or limiting sovereign powers, in the implementation of the respective obligations and in the extent of domestic judicial control. Eventually, these domestic constitutional provisions only mirror the diverging designs of both institutions on the level of international law. Contesting far-reaching powers of the EU cannot and should not be equated with contesting powers of the UN.

The examples of state and diplomatic immunities with which Don Herzog provides the reader are other pertinent cases for the obscuring effects that the use of “sovereignty” may entail in legal discourses (at 231-243). Traditionally, the rationale for granting immunities is seen to lie in the protection of state sovereignty and the principle of equal sovereignty. However, anchoring the rationale of state immunity in the protection of sovereignty conceals more important reasons for granting such immunities. As Herzog argues himself, the main rationale of immunities should be seen in their functional necessities. Accordingly, immunities allow for effective performance of public activities in international relations. They serve as a rule on the exercise of jurisdiction in a decentralized multi-level system where competences are divided between different levels and different actors and they guarantee legal security and peaceful international relations. Here and elsewhere, the argument that sovereignty talk conceals more than it reveals works in both directions. A closer look may give doubt that another rationale “justifies the same old sweeping immunities it’s supposed to” (at 240) and immunity exceptions in cases of grave violations of human rights prove the argument. On the other hand, a differentiated approach to the functional necessities of immunities may also help to make their uses more plausible where they are freed from the negative connotations that are often associated with sovereignty among, for instance, NGO and human rights communities. That stable international relations may be protected by immunities and that these immunities may even contribute to de-escalating conflicts can currently be observed in law suits against China before US Courts in relation to the Covid-19 pandemic (here and here). Eventually, sovereignty is an opaque notion which may work as a shield against international law in as much as an umbrella term for legitimate and legally recognised interests states may pursue. Thus, international lawyers are well advised by Herzog to formulate their arguments more precisely without sweeping references to sovereignty.

Eventually, in current debates surrounding the perceived crisis of international law, the reliance on the term “sovereignty” hides that the diverging political actors pursue very different political objectives and employ different practices in their use of sovereignty vocabulary. Some are concerned with the legitimacy of international institutions and global governance and advance democratically motivated contestations which emphasize democratic self-determination over international legal obligations. Admittedly, in his book, Herzog explicitly excludes the concept of popular sovereignty and its legitimizing function from his criticism because “popular sovereignty has its place in a different debate” (at 270). Still, current contestations of the international legal order often mix multiple even contradictory understandings of sovereignty, in particular where globalization critique directed against democratic deficits of global governance is intertwined with holistic exclusionary identity politics. Others reassert sovereignty in order to reverse the powers of human rights bodies and democratisation efforts supported from abroad. And again for other actors, especially those from the Global South, sovereignty in the tradition of the 1955 Bandung Conference may still represent a promising concept. Anthony Angie and other TWAIL authors raised the question as to “how successfully the Third World could deploy sovereignty for the purpose of revealing and remedying the past” and the movement on food sovereignty which extends the concept of sovereignty to peoples and communities may be an example for a more successful instrumentalization of sovereignty for emancipatory purposes (cf. Fakhri 2018).

Regrettably, the book does not engage with the question as to whether there is still some emancipatory power in the concept of sovereignty if read from a non-European and non-Anglo-American perspective or if disconnected from the state. After all, an alternative approach to the concept of sovereignty may not only mean to decouple the state from sovereignty but – the other way round – to decouple sovereignty from the state. However, Herzog is neither interested in pursuing nor deconstructing such approaches. While he assumes that “the classic theory of sovereignty is plausibly serviceable in some parts of the globe”, he reduces it to “the case of failed states, where the nominal government is a paper entity whose remit barely runs outside the capital city, if even there, where warlords rule some areas and nobody rules others” (at 257). His exclusive focus on the normatively and empirically flawed concept “failed state” reflects that he is not interested in alternative forms of politically ordering communities under the heading of sovereignty. However, without examining whether the traditional understanding of “indivisible sovereignty” stood and still stands in the way of emancipatory movements in the Global South, which try to rely on alternative conceptions of sovereignty, Herzog’s story remains incomplete. He may have made an even stronger claim that sovereignty is not an empty vessel that can be filled with new political ideas but remains insolubly connected to its origins in the European wars of religion.

It is this claim that makes the book strong: We cannot address current challenges for the international order when we continue to speak and thus think about them with the help of a term that is still routed in the 16th and 17th century, that continues to “polarize debates” and to make “the stakes” for international co-operation “cosmic” (at 151). In this understanding, the term “sovereignty” should not be abandoned “for fear that it would actually emerge from the dark” (Koskenniemi 2011). It has already done so and one may doubt with Herzog that most of the current uses of the term are in any way promising. Rather, international lawyers should once more try to discard the term because as long as they use it, the indivisible nature of the traditional concept of sovereignty will structure and limit their conceptual creativity. Although times could hardly be less conducive for such a call, it is exactly the right moment.

Burying Sovereignty All Over Again: A Brief Review of Don Herzog’s Sovereignty RIPJuly 7, 2020In "EJIL Analysis"

Does Anyone Buy the Classic Theory of Sovereignty?July 6, 2020In "EJIL Analysis"

Of Babies and Bathwater: A Comment on HerzogJuly 6, 2020In "EJIL Analysis" 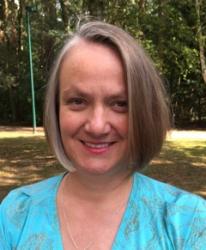