Why the fight for Catalan independence isn’t over yet

Spain’s judiciary is waging a relentless crusade against Catalans’ right to decide their future. 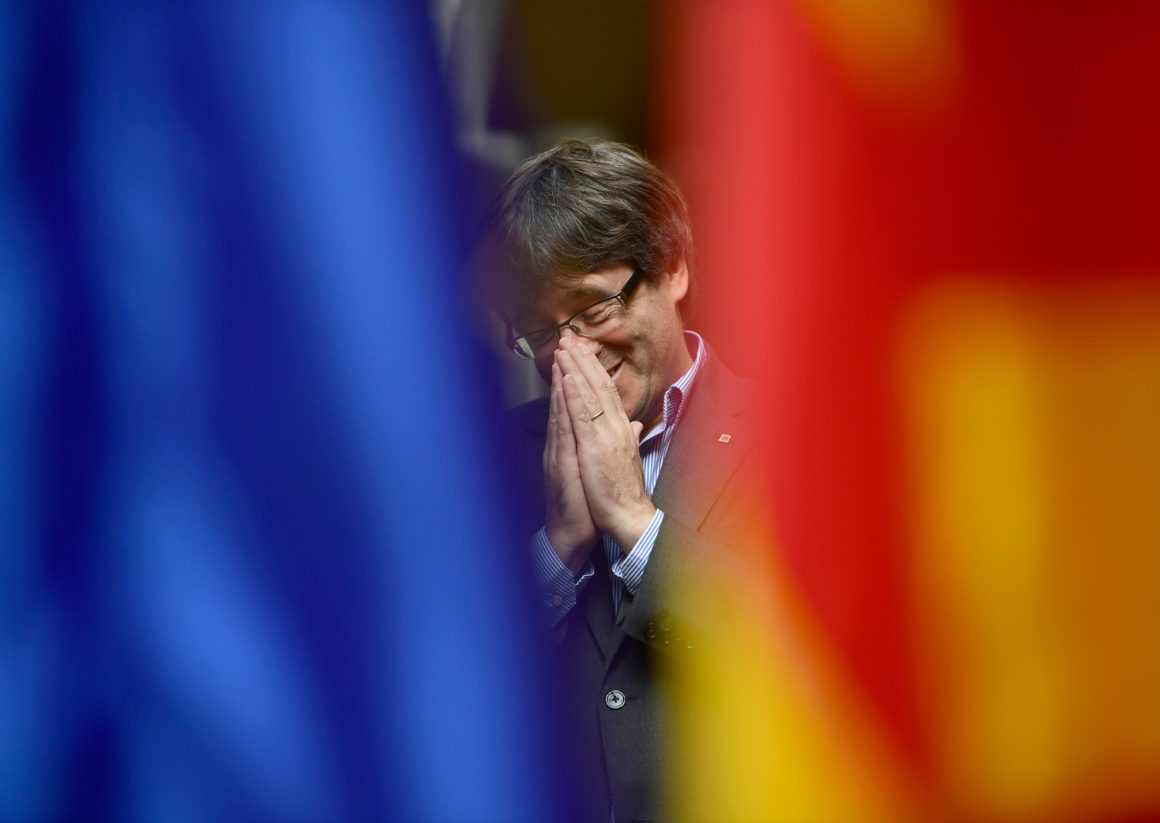 Press play to listen to this article

Carles Puigdemont is a member of the European Parliament and former president of Catalonia (January 2016 — October 2017).

Three years after Catalonia held a historic referendum on self-determination, we are still a long way from resolving a conflict that continues to deny Catalonians the right to determine their future.

The Spanish state, immersed in an institutional crisis of a depth not seen since the death of dictator Francisco Franco, has been unable to come up with political proposals to solve the dispute.

Several recent developments are standing in the way of progress.

The country’s highest office, the monarchy, has lost all credibility. Public support for the institution is at an all-time low following the flight of King Juan Carlos I, who has sought to escape a corruption investigation. His son Felipe VI’s decision to align with the right-wing, conservative branch of politics is another blow to the royal family’s reputation. In Catalonia, some 71 percent of people say they would prefer a republic; only 14 percent prefer a monarchy. The fact that dictator Franco was the one to appoint Juan Carlos to be his successor as head of state, and thereby restored the monarchy when he died, no doubt plays a part in people’s growing rejection of the monarchy.

Until the Spanish state makes profound structural reforms, the country cannot claim to function as an exemplary democracy.

Another fundamental pillar of the state, the judiciary, was singled out for criticism by the European Commission in its first-ever rule of law report Wednesday, although the report failed to mention the particular cases of Catalan dissidents — silence that risks enabling the worst instincts of Spanish politics and judges.

The judiciary has been waging a relentless crusade against Catalan independence. Earlier this week, the Spanish Supreme Court upheld a ruling that Quim Torra, the president of Catalonia, was guilty of disobedience for hanging a banner calling for freedom for political prisoners and exiles during an election campaign in 2019 and refusing to withdraw it, invoking the fundamental right to freedom of expression.

The decision is particularly egregious considering that the parliament of Catalonia has not been free to decide who could be elected as president this term, and that one candidate, Jordi Turull, was imprisoned in the middle of the investiture debate.

Until the Spanish state makes profound structural reforms, the country cannot claim to function as an exemplary democracy. Its judiciary has become politicized: Its composition is a reflection of the times when the right-wing Popular Party controlled the country with an absolute majority in all institutions. The latest Supreme Court decision was a clear example of how the right — nostalgic both for power and for Francoism — is using the institution to push through the policies that democracy denied to the right and the far right.

Instead, the situation has remained the same: territorial imbalances, total disrespect for the Catalan language and culture, an unfair fiscal deficit, rampant centralism and a worrying use of the criminal code to silence political dissidents, including the possibility of forcing them to be “re-educated” in the constitutional faith.

And yet, despite the state’s efforts, popular support for this legitimate cause has remained strong. The fight is not over.

When I decided to go into exile three years ago, it was to defend our collective rights: those of a national minority that has the right to be represented by the people it chooses and to freely and peacefully decide its future.

All of us politicians and activists in exile have been able to do so thanks to countries in which the separation of powers is a real guarantee, not just rhetoric. These full democratic guarantees were necessary to defend ourselves against an all-powerful Spanish state that puts the interest of the “fatherland” above the principles of justice and democracy.

We said we would resist, and we resisted. We have kept up the pressure against a repressive system and even strengthened our electoral support. Some of us were elected members of the European Parliament, despite the fact that the Spanish authorities at first denied us the right to participate and then sought to block our recognition as elected deputies.

We are determined to revalidate our absolute majority in the Catalan parliament at the next regional elections and renew the legitimacy of a government that is clearly pro-independence.

We are also determined to achieve the necessary support for carrying out the project that began three years ago — in the same civic, democratic and peaceful way as we did back then.

Having seen first-hand the sinister consequences of not being able to freely decide our future, we cannot afford to be complacent.

Related stories on these topics: