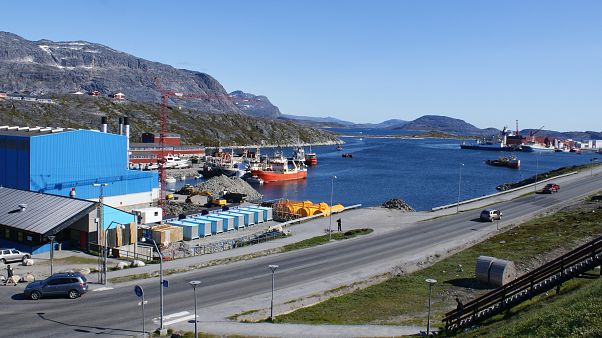 Donald Trump has reportedly privately discussed the idea of purchasing Greenland from Denmark in a bid to expand U.S. territory.

The notion of purchasing the territory has been laughed off by some advisers as a joke but taken more seriously by others, two sources close to the White House said.

Although many will view the proposal as a joke Greenland is regarded as a strategically important to the U.S.

The U.S. military's Thule Air Base in Greenland is its northernmost installation and forms part of its nuclear early warning system. The arctic route it sits on is the shortest possible distance between Europe and North America.

U.S. Secretary of State Mike Pompeo was due to visit the regional capital Nuuk in May before the trip was cancelled due to the escalating tensions with Iran.

The trip was reportedly to dicuss economic development and promoting long-term peace they are "concerned about activities of other nations, including China, that do not share these same commitments”, the Wall Street Journal reported.

The U.S. regards the rise of China as a growing threat to its international influence. For the past several decades Beijing has been investing in infrastructure, business and natural resources in Africa, the rest of Asia and Central & South America. Now it appears to be turning its sights on the Arctic.

Last year it laid out its plan for a "Polar Silk Road" to compliment its Belt and Road intiative to build economic and trading links across central Asia, the Middle East and eastern Europe.

In June, a Chinese state-owned company withdrew its bid to build two international airports after Greenland choose a Danish contractor to complete the project which would make the region more accessible to the rest of the world.

But it is continuing with its plans to developing new shipping lines which will open up as the Arctic ice recedes due to climate change.

Not the first time

The U.S. has a long history of buying land to expand its territory and secure its interests abroad. In 1867 President Andrew Johnson bought Alaska from the Russian Empire. It became a state in 1959.

Trump, who is on a working vacation at his golf club in Bedminster, New Jersey, is to make his first visit to Denmark early in September.

There has been no indication that a Greenland purchase will be on the agenda for his talks with Danish officials.

The very idea that their nation might be up for sale enraged Greenlanders on Friday.

"We are open for business, but we're not for sale," Greenland's foreign minister Ane Lone Bagger told Reuters.